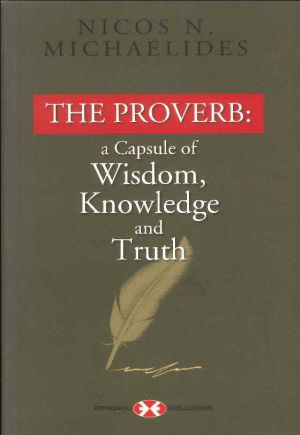 A word has both a primary (literal meaning) and implied (figurative/metaphorical) meanings. Obviously, the implied/figurative.meanings are less definite than the literal meaning, therefore less stable and more amenable to change. In the language of science, however, the specific meanings are rigidly stabilized and the hazy and shifting implied meanings are much eliminated. The process of extension of meaning has been a continuous process, so users of a language must have thorough knowledge of the etymology of words. Hence, full mastery of a word very often demands good knowledge of the word's root meaning. In general, literate speakers of a language - writers, men of letters, academics - use words by extending, stretching or twisting their meaning, so that they apply to other objects, actions or situations than those to which they are originally applied. The basic areas of study of any one language are its lexicon, its syntax, its semantics and its phonology. The present volume is the outcome of research into the origin, nature and use of proverbs in our daily lives in order to express our intentions, feelings, warnings, disapproval, advice etc., to our audience or interlocutor. The word «proverb» comes from the Latin word «proverbium» which means «a saying supporting a point». So the proverb can be defined as a traditional saying of a didactic or advisory nature in which a generalization is given specific, often metaphorical expressions, meanings, denotations and connotations. Proverbs are of great linguistic interest as well, and may show lexical change throughout the natural course of a living language. Idioms, idiomatic expressions and proverbs in any one language have a number of figurative meanings depending on the speaker's level of education, the content, the context and the situation in which they are used. By way of example the English idiom: It's raining cats and dogs, if rendered in Greek -a word for word thanslation- (Βρέχει γάτους και σκύλους) the outcome is irrational and grotesque, hence the approximately corresponding Greek proverb is: Ρίχνει καρεκλοπόδαρα. The same could equally apply to the English proverb: It's the pot calling the kettle black. The corresponding Greek proverb is: Είπε ο γάιδαρος τον πετεινό κεφάλα. Proverbs must be studied thoroughly and well-memorised and appropriately used if they are going to have the intended or expected effect.